Jakarta, 10 November 2022 – TuK INDONESIA, along with the National Executive of WALHI and WALHI Jakarta, is staging a protest today in front of the offices of the Ministry of Finance, the Financial Services Authority and three large banks (BNI, BRI, Mandiri). The action follows up a report by Forests & Finance Coalition, which finds out that 90% of banks in G20 Members are funding forest destruction and human rights violation in Indonesia. Banks from Indonesia, Brazil, European Union, China, and the USA are Members’ top creditors investing in companies producing commodities which pose a risk to forests in Latin America, South East Asia, and West and Central Africa. 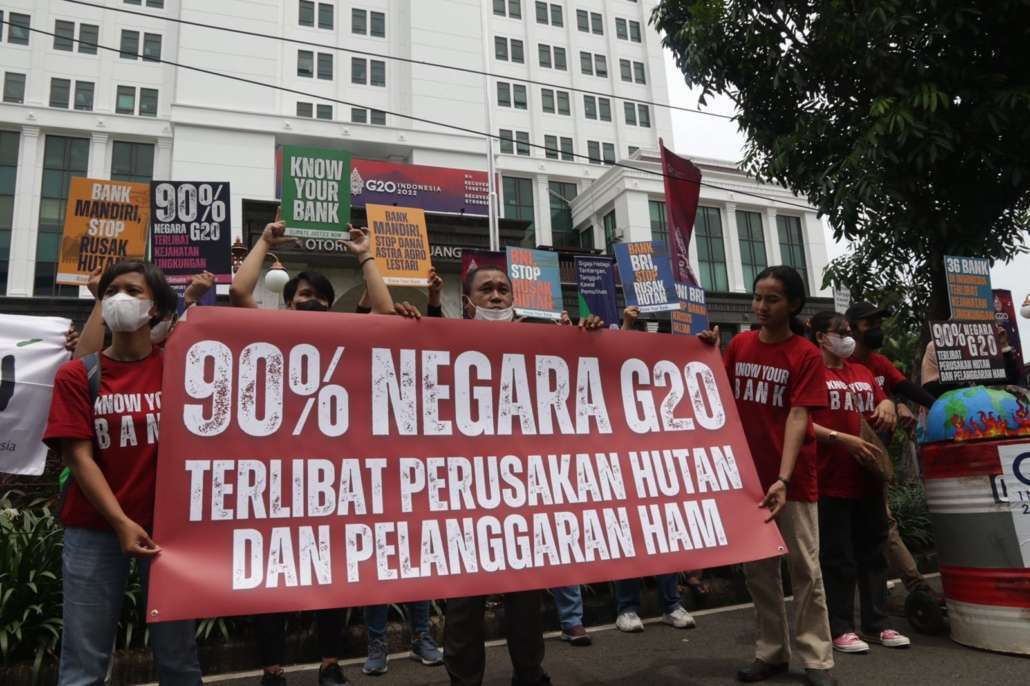 “Ahead of the G20 meeting, the Ministry of Finance should be able to strengthen global negotiations to push the implementation of Sustainable Finance by other G20 Members. In addition, Indonesia should become an example of how Sustainable Finance is implemented by state-owned banks; however, in reality, Bank Mandiri, BRI, and BNI are still the top state-owned banks complicit in environmental crime, leading 33 other banks in Indonesia by continuing to finance companies with a track record of forest destruction and grabbing of local communities’ land, such as palm oil and pulp & paper companies,” noted Edi Sutrisno, the Executive Director of TuK INDONESIA.

“The green funding scheme promoted by a number of banks in Indonesia is counter-productive to the factual conditions on the ground where the banks are actually the actors causing ecological crisis. With green labels, banks should be able to strictly screen their project financing and should not support fake climate solutions projects, which are far from the principles of ecological justice,” added Suci Fitria Tanjung, the Director of WALHI Jakarta.

Bank Mandiri, for example, is still funding palm oil company Astra Agro Lestari Tbk. (AALI) despite one of its subsidiaries, PT. Lestari Tani Teladan (PT. LTT) in Central Sulawesi, ranking the lowest regarding ESG because it fails to meet the mandatory minimum 20% development of community estates. Besides, PT. LTT has also been slow in resolving land disputes between the company and the community. 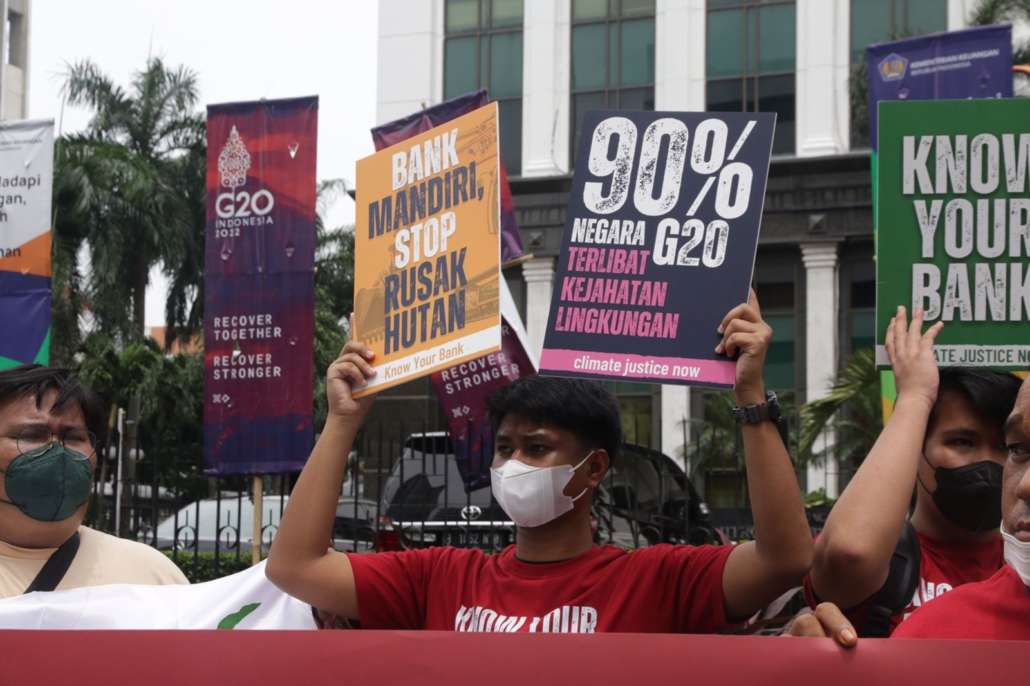 Another AALI’s subsidiary, PT Agro Nusa Abadi (PT. ANA), in Central Sulawesi, receives the lowest ESG score because it does not have legal land tenure and the plantation business permit. PT. ANA’s concession is also found to overlap with other plantation business permits and community-managed areas. In October 2022, the world’s giant brand Nestlé was committed to suspending sourcing from AALI, which fails to get good ESG score. Another big brand Procter & Gamble has also said it suspends AALI after drawing a conclusion from the results of an investigation by a third party assessment of AALI’s subsidiaries, PT. LTT, PT. Agro Nusa Abadi, and PT. Mamuang. 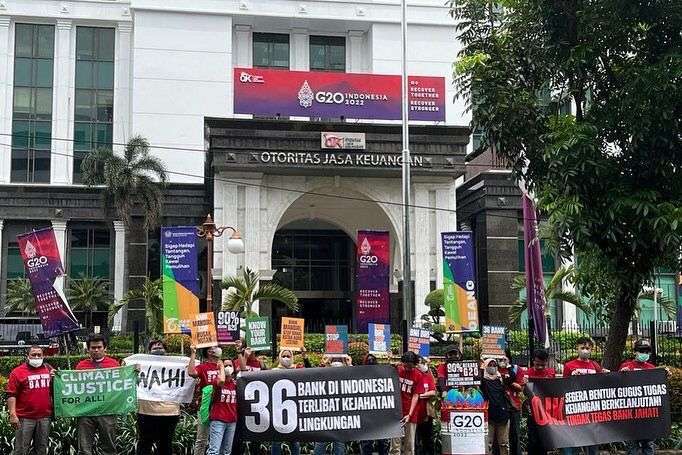 Another banking crime has also been revealed through BNI’s financing for Korindo. PT. Papua Agro Lestari (PT. PAL), a subsidiary of the Korindo Group, was previously brought to the bank’s attention by TuK INDONESIA and Forests & Finance Coalition through the whistle-blowing system for alleged corruption in PT. PAL’s concession licensing process. Korindo’s FSC certification was later revoked after an independent investigation found a number of social and environmental violations across Korindo’s concessions in Papua and North Maluku. More than 65,000 ha of forest utilisation permits – PT. PAL (32,348 ha), PT. Tunas Sawa Erma (19,001 ha) and PT Berkat Cipta Abadi II (14,435 ha) – were revoked by the Ministry of Environment and Forestry on January 5, 2022. All these facts, however, are not enough to open BNI’s eyes to immediately terminate BNI’s financing for Korindo. 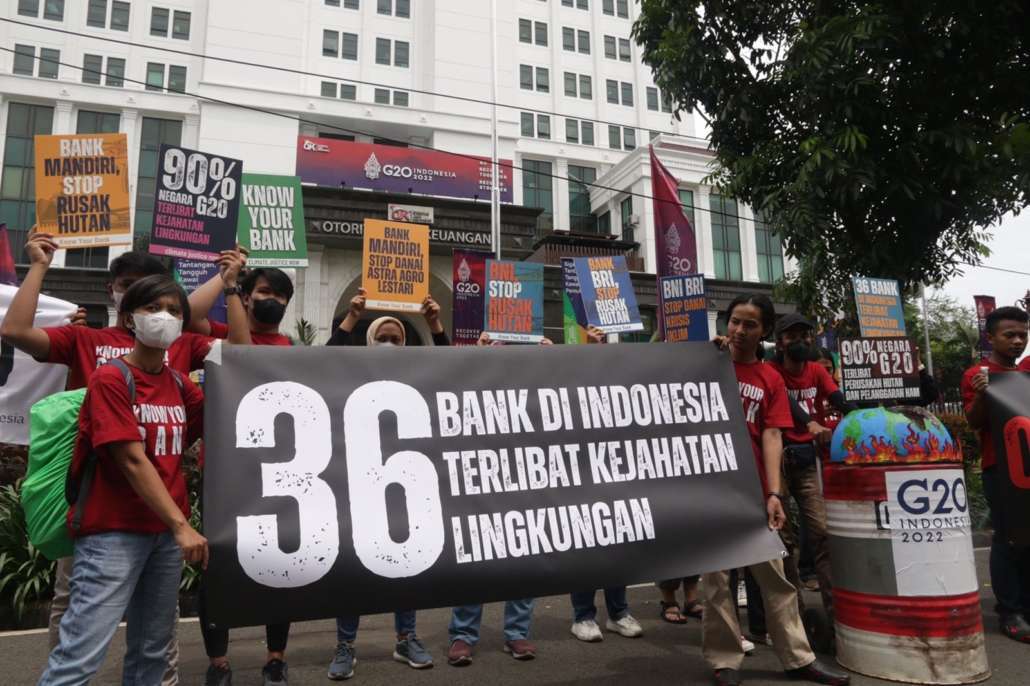 “These banks must develop more detailed ESG indicators, and carry out regular reviews of the businesses they’re funding, accompanied by comprehensive field tests. The financial service sector also needs to build transparency regarding ESG indicators and provide a complaint mechanism for the public,” added Edi.

“To the OJK, we demand that it immediately build an information-hub for ESG indicators as part of public transparency, including a complaint mechanism in it. Besides, there should be mandatory consequences for business and concession permits regarding the fulfillment of ESG indicators,” said Edi. 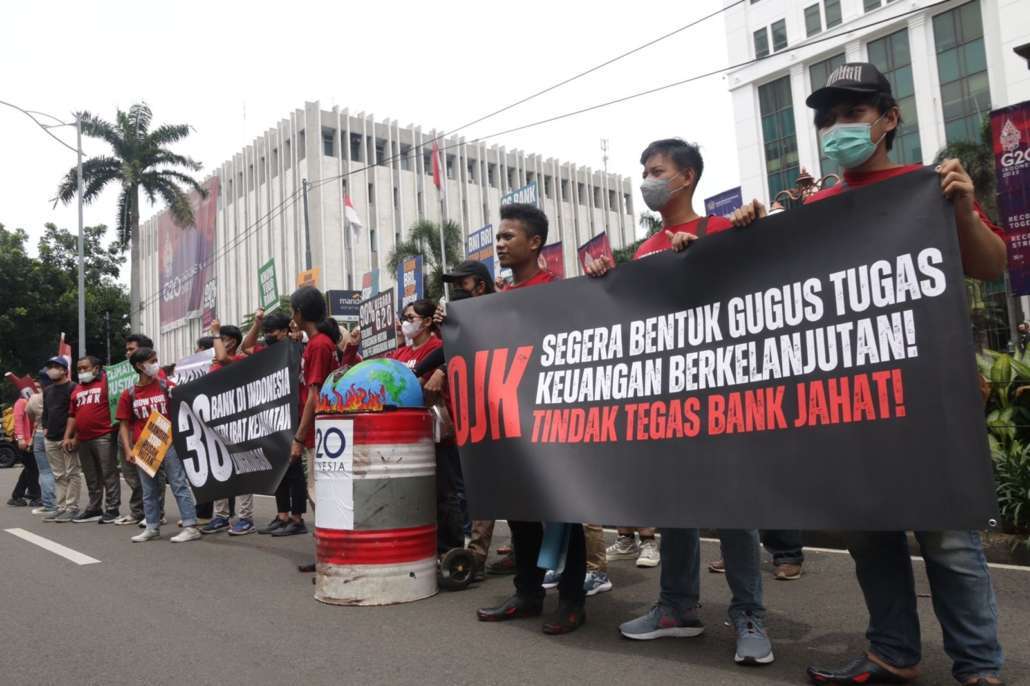